Do I really need to give Heartworm Prevention year round? 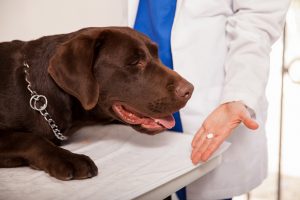 Before we answer the question of, “Is year round prevention needed for my dog?” Let’s first talk about how heartworm disease is transmitted. The very basic principle behind the transmission of heartworm is that a mosquito bites an infected dog then bites a non-infected dog, through this the parasite is transmitted.

The question of if year round prevention is necessary may seem reasonable, since we know the mosquito serves as the vector to spread heartworm. Years ago the common thought in the Midwest was that it was too cold in the winter and mosquitos cannot survive these harsher temperatures. This is true for one mosquito studied, however there are various species of mosquito and some can live in colder temperatures. Another factor that affects if the mosquitos survive is the environment in which they live in. In large developed urban environments the temperatures are often up to fifteen degrees warmer than their rural counterparts. This change in temperature is due to population density, increased vehicles, and evening lighting. These differences allow mosquitos to live longer and in fact, provide mosquitos an ideal living and breeding ground year round! Also, other animals such as raccoons, coyotes, and several other mammals that can harbor heartworm disease live in this urban environment. These animals can serve as a constant reservoir for heartworm disease.

The second reason we recommend heartworm prevention year round is it serves as an intestinal dewormer. Our pets come into indirect contact with many other species that harbor intestinal parasites that are not only contagious to them but may be contagious to us as well! Oral heartworm prevention helps protect our pets and ourselves from this serious public health concern!

Accessibility by WAH
Call Us Text Us